Can you imagine a Provencal village without a fountain?

This ‘central meeting place’ of all villagers has always been the vibrant source of French Mediterranean life. Shaded by giant eucalyptus trees, those fountains offered an oasis for local and migratory birds. 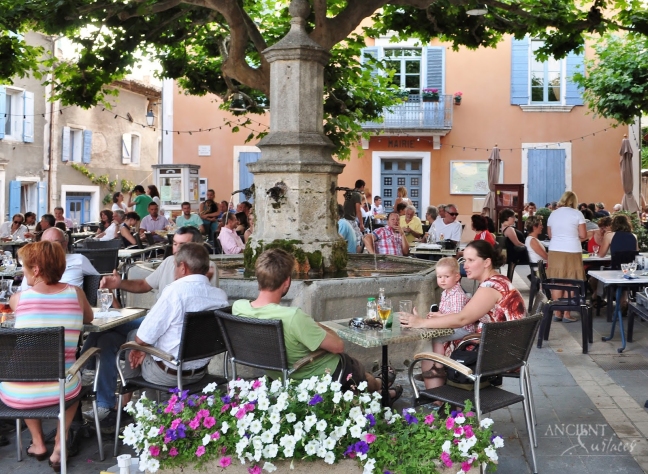 All over Luberon you will see fountains. Town centers, farmhouses, monasteries and even street corners fountains are everywhere to be seen.

Rustic pool fountain carved in stone and built into the hill, a beautiful majestic fountains in honor of a particular historical figure or in homage to a local patron saint. 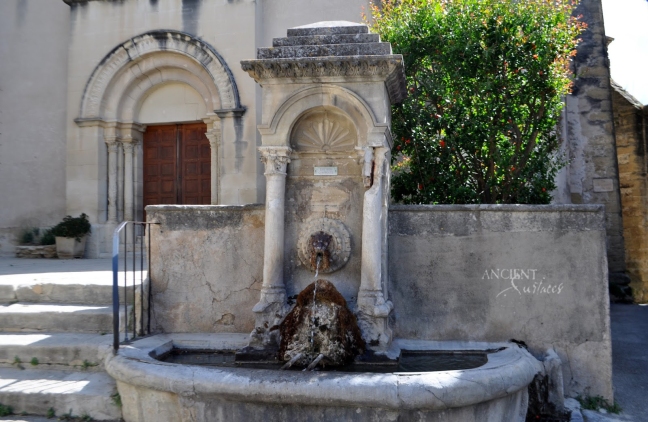 In the first rays of the morning sun, people meet there for coffee, to read their newspaper or have ‘aperitif’. This is a friendly place ‘par excellence’. 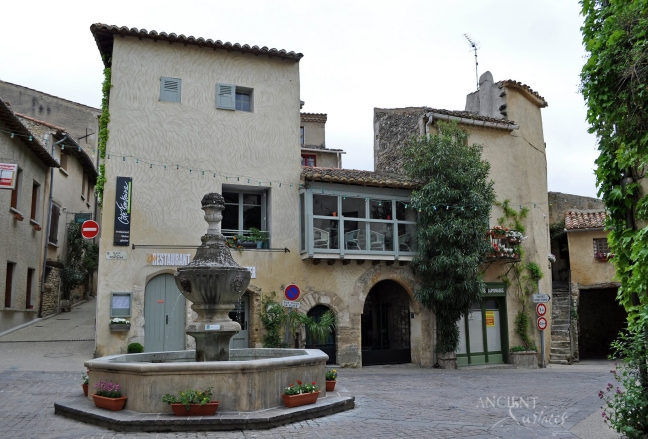 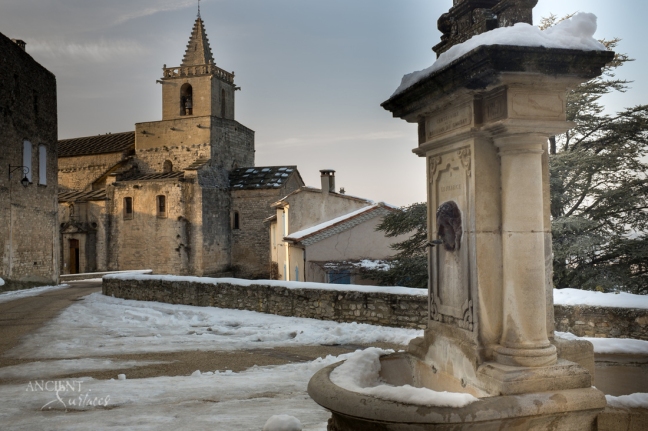 Water is such a precious resource in our Mediterranean regions. For millennia, it has been captured, collected, guided by often ingenious ways such as roman aqueducts to feed the villages. 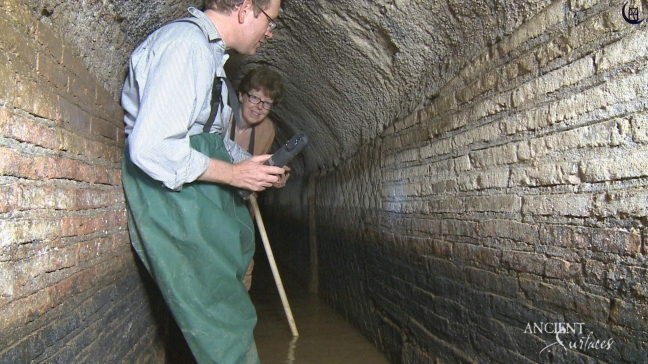 The water source was usually located at the foot hills of medieval villages, or in the valleys where water came straight down from the mountain hills guided by gravity into its final destination. 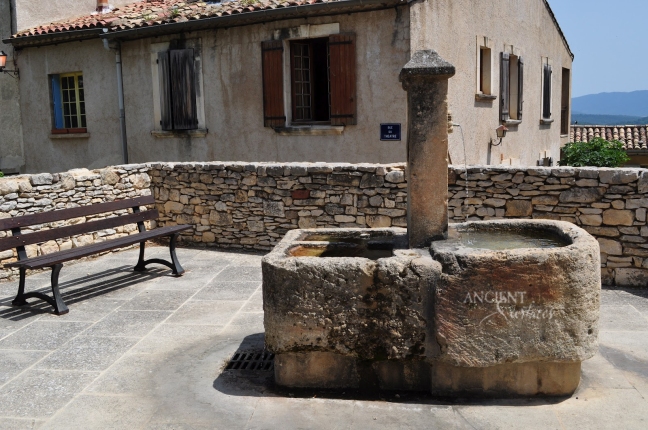 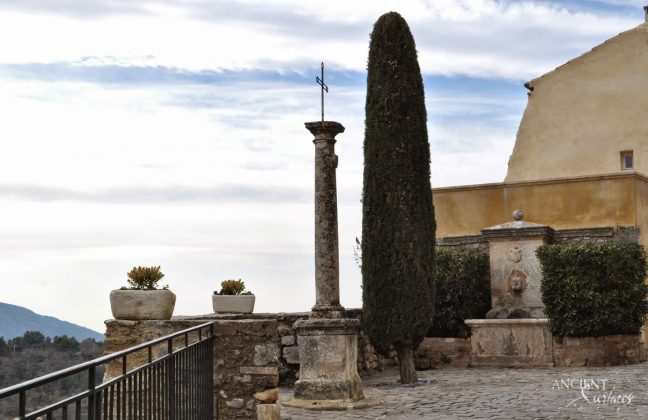 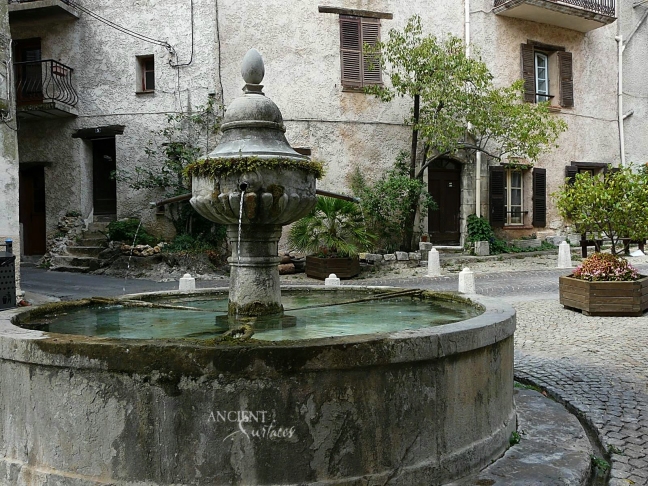 During the Roman Era, this strategic formation, became an unintended natural protective barrier that safeguarded the life source of the village from invaders while providing locals with irrigation and livestock water supply. 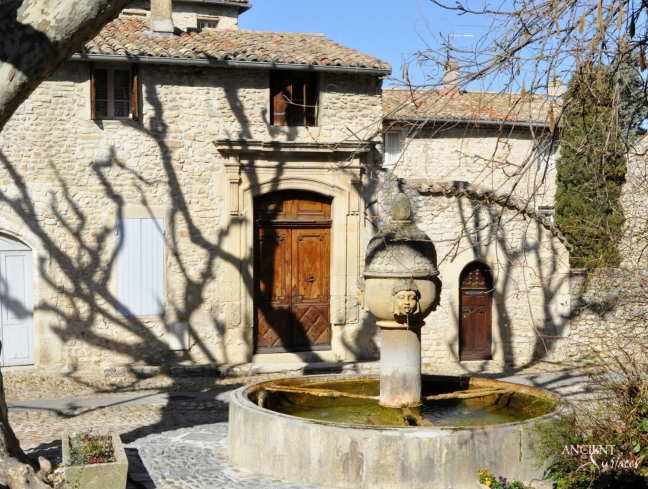 Some fountains are rustic, subtle, and beautiful in their simplicity without an added layer of carving complexity. 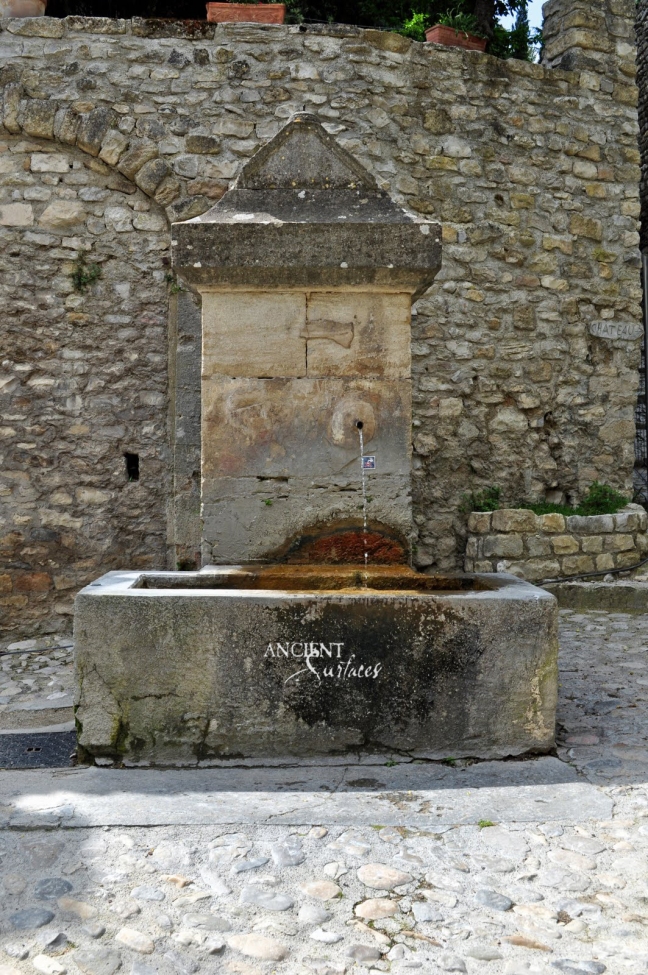 They can be carved into the bed rock like the ‘Cabrières Aquamarine’ wall fountain, protruding as you will see in ‘Brantes’ or hidden under an arch like the trough fountain of ‘Cereste’.

Meanwhile, well carved prestigious fountains, were placed in the center of the village or neighborhood to beautify the place while supplying water to the inhabitants.

In the ‘Venaissin’ County, some of the eighteenth century fountains are decorated with octagonal lion heads and Bacchus masks such as ‘Vénasque’. 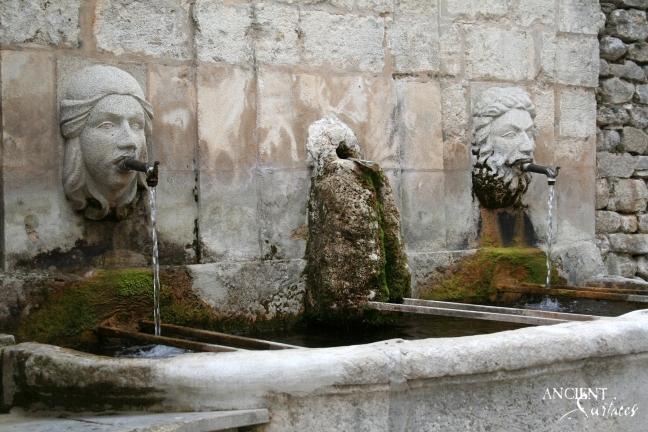 The medieval town of Pernes les Fontaines, which was the capital of the Comtat for 2 centuries, has forty fountains in various forms. In Robion, an ancient well dating back of the sixteenth century can still be seen till this day